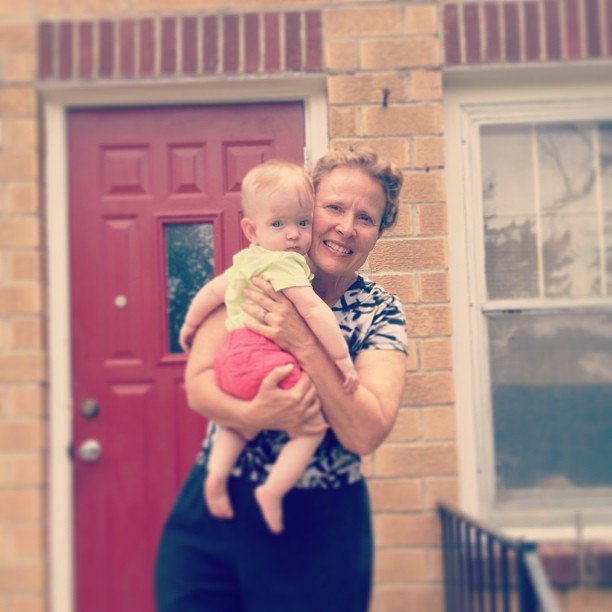 I was breastfed as a child.
Currently, with a rise of acceptance of breastfeeding, and a greater
awareness of its benefits- both health and emotional- that statement is not
that unusual. However I need to add one more detail to that; I was also
adopted as an infant.

I don’t remember the first time that I knew I was adopted. It was such a
common term and reference to me that until I was much older it never seemed
odd or different. My mother, a published author, had even written a book
for adoptive parents.

I was bookended by a brother, three years my senior, and by twins- a boy
and girl, four years my junior. All of us were adopted— my brother and I
stateside as infants, and my younger brother and sister internationally at
the age of six.

Growing up in a family built by adoption, clichés like “You didn’t grow in
mommy’s tummy, you grew in her heart!” were common. I understood the
delicate balance of using terms like “birth children” rather than “real
children”, and even at a very young age I knew there were some things
different, missing perhaps, because I was adopted.

But it never crossed my mind that breastfeeding would have been something
that I could have missed out on.

My adoptive parents practiced much of what is now called “attachment
parenting” long before that term was in the common vernacular. And
breastfeeding was no exception.

Having never had a child biologically, milk production did not come easily
for my mother; however, that did not deter her from breastfeeding. Knowing
that her supply was not adequate for nutritional needs, but a firm believer
in the importance of breastfeeding for mother and child, she found a
lactation aid device that allowed her to place a clear tiny tube on her
breast to give us some supplementation while we nursed. She even designed
herself a nursing bra with a pocket in the center to hold the pouch for
milk. She still jokes that while she knows all nursing mothers leak, she
only leaked in the middle.

Her determination to make breastfeeding work for us probably came from many
places. As a special education teacher, with degrees in both elementary and
secondary education and home economics, she understood the importance of
physical touch and human relationship on development, and also the
nutritional value of breast milk, however little of her own she was able to
produce. I am sure also that the fact that she had always wanted to be a
mother and yet had to wait 13 years after getting married to have children,
had only sharpened her desire to give her children the very best that she
could.

Both my brother and I enjoyed extended breastfeeding relationships. I still
vaguely remember the last few times that I asked to nurse. Looking back I
know I had no idea that it was anything special or unique. It was just
normal.

However I know that it was not always seen that way by others.

Some argued adamantly that they just KNEW that my mother HAD to have given
birth to us. Because EVERYONE knows that if you don’t give birth, you can’t
nurse!

Some, like my dear great uncle, could not believe that my mother was really
nursing and would come over and peer under the blanket or nursing cover to
inspect, as though she was secretly giving us a bottle and just pretending
to nurse!

But like any baby, I was un-fazed by the opinions of others about how I
should eat. And thankfully, so was my mother.

An objection of “But how can you nurse an adopted child?” could be swiftly
answered with “How any mother nurses their child. I just have the option of
nursing with communion grape juice when I run out of milk at church!” And a
question of “Why?” met just as quickly with “Because they are my children
and I want to do what is best for them.”

Even as an adult I don’t find anything “weird” or “odd” about being nursed
by my adoptive mother. The few things I do remember are that it was
comforting and reassuring. And I have many memories of her singing and of
running my fingers through her long hair—something that my dear daughter,
who just turned one, now does in mine.

I have learned, since becoming a mother myself, that no baby feeding is
easy. I struggled breastfeeding my son (now five) due to many issues,
grieving the shortened time with him, but seeking to do what was best for
him in other ways. And after my daughter was born at 28 weeks gestation, I
exclusively pumped for over four months until I could teach her to nurse.
And I value the time she and I share now perhaps more so, because I have
worked so hard to get here. When I am able to comfort and calm her, after a
rough doctor’s visit, a sore tooth, or even just when she is tired and
fussy, I know why my mother made such an effort to nurse us.

Adoptive breastfeeding is not an easy thing, but neither is any other form
of baby feeding, including “natural breastfeeding.” I hope that more
adoptive parents learn that being adopted does not mean that your child
must miss out on the gift of breastfeeding. It is a gift that some adoptive
mothers are able to give their children—another way to bond and comfort the
child in a very natural way. Like every other aspect of parenthood, you do
the very best that you are able to, to meet the individual needs of each
very different child. 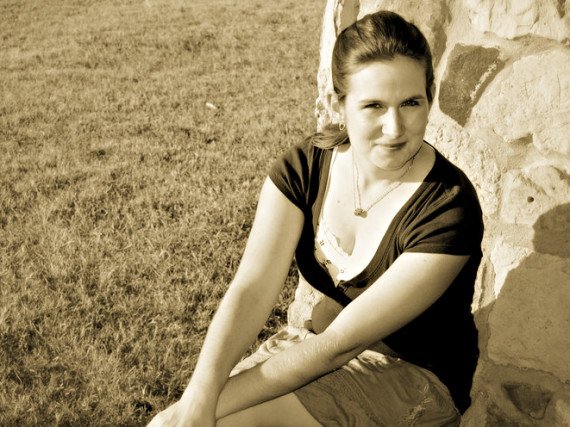 Elise Garetto lives in Western Kansas with her husband Tony and her
two children. She works as a Production Manager for a local small business
and also as a Chef for a local hunting outfitter. She enjoys writing,
cooking, outdoor activities, and raising awareness for children with
special needs.