Grace is a fellow adoptive parent to a beautiful daughter from Ethiopia. She’s written thoughtfully on this blog and elsewhere about adoption ethics. When I read the original story, I asked Grace’s opinion. We both know and love families who are suffering, whose children are suffering, because of unethical adoption practices. We never want to see that happen to anyone. We know that there will always be some children who need adoption, but the huge work that needs to be done in our world to help most children living in orphanages is not accomplished by throwing large amounts of money into funds for adoption or education of children here in the US, but rather to find the ways and funds to support children to remain in first families and be re-united with first families whenever possible and prudent. I also would like to add that we both do not believe this family has anything but the purest of intentions. I remember when we first started the adoption process that we intended to raise funds for our adoption, and even though my own views changed, I do not believe there is anything unethical about people wanting to aid in covering the costs for families intending to grow through adoption or any other way which may become financially challenging.

A Response to “Bringing Richard Home” 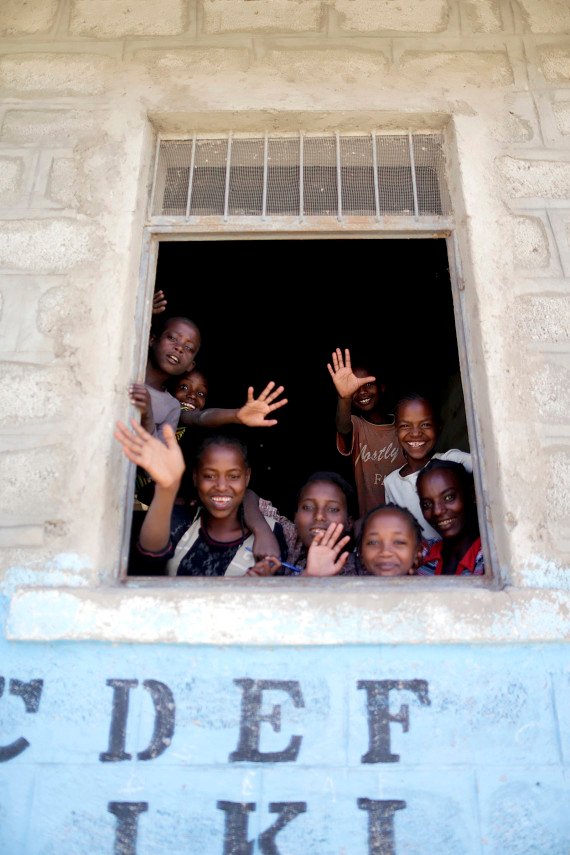 In less than 24 hours, the Humans of New York campaign to bring Richard home has raised nearly $80,000. If you are not familiar with the story, please read the link above… a family tells the story of their daughter, Chaltu, adopted from Ethiopia a few years ago. It’s an amazing story. And then when asked if HONY could share this story, they add on the request to receive donated funds for a second adoption of a boy in Ethiopia, “Richard.”

When I first read this, I had a sinking feeling come over me. And the more I thought about it, the worse the feeling got. I was uncomfortable. I was edgy over it. I couldn’t put my finger on why. I mean, come on, the HONY Facebook post had over 79,000 “likes” and 12,000+ “shares” in less than 24 hours. Obviously, most people felt pretty good about this. What was wrong with me?
Here’s the truth: I’m still not sure I can say exactly everything what makes me uncomfortable, but I can tell you at least four things that make me uncomfortable.

1. The way Chaltu’s story is told makes adoption seem almost like a charitable act… a “save the orphan” move, rather than the reality, which is that this family chose to grow in a way that is different than many biological families, but is no more noble or honorable than families who grew through birth. Adoption can have the great side effect of uniting a child that needs a permanent loving family to a family that will love them forever, but the actual choice of adoption is not a parenting choice that is more “deserving” of donation than an accidental conception, a planned conception, or even an in vitro conception.
But this story lays it on thick… the reader feels the need to “save” Richard.

2. Fundraising in adoption is a touchy subject. In my gut, I have no problem with any individual choosing to support another individual to meet their goals, however that support occurs, and whatever the goal may be. If you want to give money to someone who is adopting because you know the process is expensive and you just want to offset some of that, I have no problem with that. I have no problem with prospective adoptive parents who start a side business to sell handicrafts or services to raise extra money to fund an adoption. Want to hold a garage sale of donated items and use that for adoption funds? Go ahead!

But when I read what adult adoptees have to say about “adoption fundraisers,” be it those that are using the idea of adoption to explain or solicit exorbitant fees goods or services, or the fundraising that some call “begging:, I become concerned. If this action makes adoptees feel less valued, less human, more like a product that is bought and sold… should we be engaging in it? I hope that answer is self-explanatory.

3. One of my biggest issues with any fundraising for adoption is that there is little to no way to monitor the ethics of the situation. What agency is being used for this adoption? Are they ethical, treating the child, first family, and adoptive family with respect and transparency? Do they use funds to improve the lives of children, not just to bring home a nice paycheck after doing the minimal amount of work to facilitate an adoption? We just don’t know.

In fact, we don’t even know if the agency has confirmed the orphan status of this child! For all we know, Duane and Kristen could write a big check to the agency and find out next week, next month, or next year that they will never be able to adopt Richard because Richard may simply not be available for adoption! What happens then? Will Duane and Kristen return all the funds that they raised? Will the agency return the funds that the family paid? Guessing no on both of those.

And it’s not just the agency that raises ethical concerns. This family has fund-raised nearly triple the adoption fees that they need… and what are they doing with the extra money? Using it to pay for their child and potential future child’s education?

What about using that money for the children who are left behind? The children who need families but don’t have them, or worse, the children that need to be re-unified with their families but cannot be because of financial issues. There is a lot of good that could be done with the extra $53,000+ that has been raised. People donated in good faith that this would help Richard be placed into a family, and I strongly feel the funds should be used to help kids be placed into families, or as the case may be, be placed back into their families that want and love them but need a little help to make that happen.

Here is another insightful comment from an adult adoptee:

I know I’m either going to get blasted for this or just ignored, most likely the latter. But it’s perplexing to me that these parents can raise $73K+ so quickly to adopt from nearly 4,000 donors. I wonder how quickly they can raise $73K+ to support family preservation in Ethiopia where that amount of money would make a huge difference in the life of a family who would otherwise feel the financial pressure to make the decision to relinquish their rights to their children. A commitment to their daughter’s and future son’s country of origin…now that would be truly compelling. Plus, I’m a little perplexed by the glossing over of a glaring piece of this story: Why does this adoption cost $26K, which for most Americans is a huge sum? Where’s that money going to? As many know, Ethiopian adoption as a practice has been littered with corruption, most of which has been fueled by the amount of money being pumped into the country through intercountry adoption. – Land of a Gazillion Adoptees comment on the original HONY post, re-posted to their Facebook page

4. Chaltu’s story is an amazing, powerful story. She has overcome a lot of difficulties and is clearly thriving in her family. Hooray! But why is her story being used to raise money for another adoption? I feel like her story is being exploited to raise funds for her parents to pursue another adoption… something that may or may not benefit her.

It’s not wrong to want to support a family and help a child find a loving permanent home. But this “Bring Richard Home” campaign may not be the best way to do that. If you are interested in some areas that I think are deserving of your funds, you may want to check these out:

From HIV to HOME: Want to help a child be united with a permanent loving family? Consider donating to the grant fund of From HIV to Home. This organization helps provide funds to offset the cost of adoption for older, waiting, HIV+ children… those who are statistically least likely to be adopted.

AHOPE for Children: Living with HIV in Ethiopia is not easy, and that is why AHOPE exists. Designed to meet the needs of HIV+ children in Ethiopia, AHOPE provides antiretroviral medications and other support to help children realize a bright future. Sometimes these children have been orphaned or abandoned due to their illness, and other times these children can be maintained in their families. Consider sponsoring a child, making a donation of supplies or funds, or volunteering at AHOPE to help the children they serve.

Roots Ethiopia: This non-profit exists to help improve the lives of individuals in the Kembata Tembara region of Ethiopia; their work reduces the need for families to relinquish a child due to financial concerns, and can help re-unify families who have been separated when the parents gain sustainable financial security. Donate directly to Roots Ethiopia, or purchase an item from the Upcycle Ethiopia Etsy Shop to support their work.

The Annual Winnie and Richard Fund Auction: Sometimes the right thing to do for children is not adopt them, but rather support them in a healthy environment. When this family found out that there were breeches in the ethics of their adoption, they committed to helping the children have a wonderful future… in their home country. Now in its second year, this auction raises funds for Winnie and Richard to receive education and all the other daily needs that they have in Uganda. Bid November 1- November 3. Because sometimes children need to be saved from adoption, not by it.

Oct 31, 2013Jamie
So You Think You Can Blackface?Captain Phillips