Home > Admirable Celebrity Moms Who Are Changing the Conversation on Pregnancy

Admirable Celebrity Moms Who Are Changing the Conversation on Pregnancy 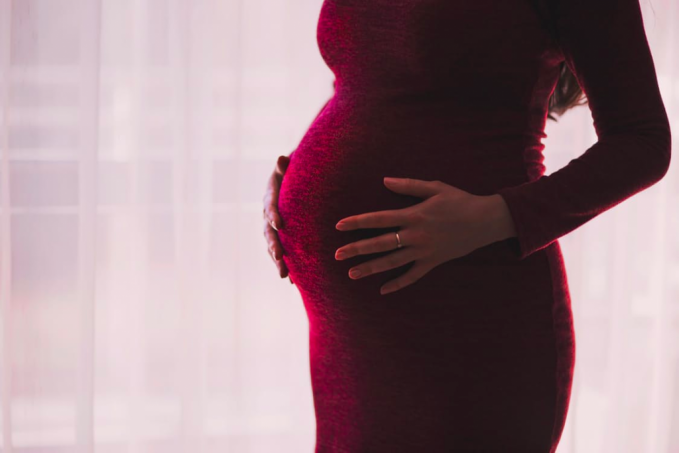 Glowing faces, the picture of health and happiness and more––those are the attributes that describe a lady with a baby on the way or basking in the postpartum bliss of early motherhood.

Having a baby is a gift, and expectant women have that special glow, a sort of halo around their heads. And celebrity moms are no exception. Whether it’s Chelsea Clinton, who with her husband Marc Mezvinsky announced a baby was on the way, or Pippa Middleton who just recently gave birth: Each one of them is presenting us with their round baby tummies or post-pregnancy power and are beaming away like each day is the best day of their life.

But is it really as easy as all that? Any lady who has gone through a pregnancy or just gave birth will tell you that there can be complications. And it’s not just some added pounds or the odd stretch mark. In some cases, it can be more challenging than that. For this reason, many celebrity moms are opening up about a very private matter and speaking out about their baby journeys and sharing their experiences with their fans.

So, let’s dive in and take a look at some uber-admirable celebrity moms who are changing the conversation on pregnancy. And you will immediately discover that despite the access to top-notch healthcare that these ladies are like the rest of us. They are moms and moms-to-be with the same everyday worries and joys that every expectant or postpartum mom experiences.

Kim Kardashian, back in 2013, when she was pregnant with North West shared her ordeal. To some extent, Kim Kardashian was one of the first stars to use social media to really open up and tell her fans what happened. In a somewhat cringingly detailed post on one of her platforms, the reality TV-star raised awareness about high-risk pregnancies.

In her case, it had to do with placenta accreta, a serious and rare pregnancy condition when the placenta grows too deeply into the uterine wall. As a result, there can be severe bleeding during childbirth.

Now, she is one of the world’s foremost advocates for surrogacy. She wanted to share her experiences to help her fans and other mothers-to-be because, she, too, knows that having a baby can be a trying and uncharted ordeal. No matter how far we have come in the field of medicine, in some cases, nature just does what it wants.

Lady Diana, Princess of Wales, was a loving mother who shook the royal establishment by just being a great mom

She shook up the staid and stuffy institution of having royal babies. She was the first English royal mother to put her children first. It all started before Prince William, and Harry were born.

Against tradition, she insisted on naming her sons, as usually, this was Prince Charles’s prerogative. Also, she was the first member of the royal family’s inner circle to give birth to the heir to the throne at a hospital and not at Buckingham Palace.

That may not sound like an extraordinary achievement to the most of us, but when you are a part of such an institution riddled with tradition, it was a breakthrough.

“I don’t go by a rule because I lead from the heart, not the head.”

And that she did. But it goes on. She was the first ever royal to breastfeed her children because she thought it healthier and that it forged a closer bond with the child. She actually sparked a renaissance in nursing during a time when manufactured baby products were all the rage.

Princess Diana fought for her right to be a regular mother in a world that did not support such emotional fancies. We will always remember her as the royal mother who showed her sons what it is to be human and how to feel. It is just so sad that her shocking death came far before her time; she died in a car crash on August 31, 1997 when she was only 36.

When Vogue published an article about the famous American singer, songwriter, actress, record producer, and dancer––yes, she does a lot––six months ago, fans took a moment to stop what they were doing and read up about the star.

Only her closest circle knows that she had complications while giving birth. She revealed to the magazine that she underwent an emergency C-section to deliver her twins on June 13, 2017:

“I was 218 pounds the day I gave birth to Rumi and Sir. I was swollen from toxemia and had been on bed rest for over a month. My health and my babies’ health were in danger, so I had an emergency C-section. We spent many weeks in the NICU. My husband was a soldier and such a strong support system for me.”

She then went to say, “Some of your organs are shifted temporarily, and in rare cases, removed temporarily during delivery. I am not sure everyone understands that.”

After the article was published, the super-star shared her experiences in more detail using photo-shoots and social media platforms. She wanted other expectant mothers to know that it is OK that pregnancy is not always a walk in the park. She wanted other women and men to feel inspired by their natural bodies.

She explained her views marvelously in the Vogue article:

“To this day my arms, shoulders, breasts, and thighs are fuller. I have a little mommy pouch, and I’m in no rush to get rid of it. I think it’s real. Whenever I’m ready to get a six-pack, I will go into beast zone and work my ass off until I have it. But right now, my little FUPA and I feel like we are meant to be.”

If you want to know, a FUPA is a “fat upper pussy area”. It’s just that kind of excruciating detail that helps other women deal with their postpartum bodies and learn to love ‘em. Thanks, Beyoncé for your unflinching candor––you indeed are an inspiration.

Beyoncé is not alone. The tennis ace, Serena Williams, also told of her experiences

Thirty-nine grand slams and still only human––that is what so many of her fans love about her. So, when she revealed that she too had an emergency C-section while giving birth to her daughter Alexis Olympia, people surely held their breath. To make matters worse, a post-birth coughing spell reopened the incisions, resulting in clots that had to be resealed surgically.

But what really makes her a true inspiration is the way she got real about postnatal emotions. The condition can induce rather severe mood swings ranging from waves of hypersensitivity, fear, and joy to anger and sadness. “Not only was I accepting some tough personal stuff, but I just was in a funk. Mostly, I felt like I was not a good mom,” she said about her experience.

And Williams had some more to say about being a mother:

“Although I have been with [Alexis Olympia] every day of her life, I’m not around as much as I would like to be. Most of you moms deal with the same thing. Whether stay-at-home or working, finding that balance with kids is a true art. You are the true heroes.”

The way she opened up and shared with others is a real inspiration to moms. Sometimes, you just need to know that another person is dealing with similar issues to realize that you are not alone in this world. Serena Williams is another ambassador changing the conversation on pregnancy––well done you.

Opening up about something so private as giving birth is genuinely very brave. Especially, in the age of online shaming where people take every opportunity to bring down celebrities for making the wrong remark or even worse being honest about something.

Usually, pregnancy is an event that takes place behind closed doors in the bosom of friends and family. However, more and more stars have decided to open up, and, in some cases, at their own peril. It goes to say that they are an inspiration to still step out there and share.

When Pink, Alecia Beth Moore, gave birth to her second child, son Jameson, two years ago, she immediately hit the gym to get her body back into shape. She shared her fitness voyage with quasi-documentary style panache on social media. However, it is not her figure and rigorous exercise regimen that makes her stand out but her mission to remove the stigma out of breastfeeding.

The American singer, songwriter, actress and former member of the nineties girl group “Choice” claims that breastfeeding is natural, normal and great for many moms. And she’d be right according to the medical profession.

To prove her point, she shared a photo of herself on social media depicting herself getting her hair and makeup done while feeding Jameson at the same time. She wanted to prove that new moms could multitask while also removing the much-outdated view that breastfeeding is some archaic form of infant feeding in a world full of baby products.

It surely wasn’t the first time a celebrity resorted to such tactics. Take Ashton Kutcher’s wife, Mila Kunis, who was shamed for nursing her daughter Wyatt in public in 2016, for example––it goes to show that the infamy of the act still abounds. However, each time a celebrity mom calls to action, it will remove another chip off the stigma.

Melissa Rauch, The Big Bang Theory star, was extremely open about her miscarriage

She explained in an interview with Glamour in 2017 that during her then pregnancy with her now born daughter Sadie how afraid she was that things might go wrong again. She then went on to pen a very sincere and open announcement explaining what she and her husband felt during that trying time:

“The miscarriage I experienced was one of the most profound sorrows I have ever felt in my life. It kick-started a primal depression that lingered in me. The image of our baby on the ultrasound monitor—without movement, without a heartbeat—after we had seen that same little heart healthy and flickering just two weeks prior completely blindsided us and haunts me to this day.”

In this brave and open statement, she also told other women who had shared the same loss that they were not alone. Her message was so powerful that it induced other celebrities to join her in a moving PSA video to enforce her message.

It really is a big deal to even share the more private issues in and around pregnancy with your friends and even your partner, which makes these ladies contribution all the more poignant and powerful. It takes a lot of courage to get out there and open up about something so private. These ladies efforts have truly helped many others deal with similar complications or worries during and after pregnancy.

These conversations truly made their mark in altering the view and mystery surrounding humanity’s most natural and important acts. In some cases, all it takes is for influential people to open up and share their experiences to make a difference.

Mar 9, 2019Jamie
Gifts for Every Type of Mom this Mother’s Day5 Effective Ways to Help Shed Off Baby Weight