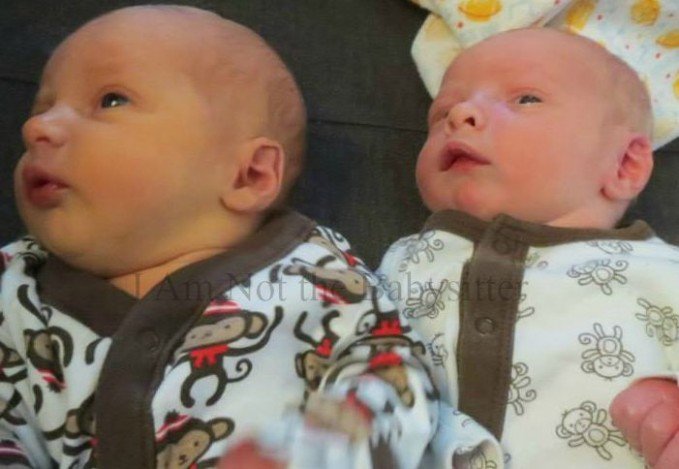 I’ll admit it, I found it very hard to be excited about my twins while I was pregnant. I had moments but most of the time it was sheer terror about what was coming our way. Previously, I wrote about some of these struggles; It’s Okay to Not Be Excited About an Unplanned Pregnancy. As my July 20th EDD approached this fear only intensified and I was 50/50 wanting them out because the pregnancy was so miserable and wanting them to stay in forever because I did not feel ready for what was coming. On July 12th there was no going back, they came out in a hurry without even giving me time to think, which was probably for the best; I could see myself fighting against the contractions if I had more time to think.

We had attempted to mentally prepare ourselves for a horrible first few weeks trying to figure out our new family, our new routine, and how on earth we were expected to handle 2 infants at once (while still being there for our 5 and 2 year olds). Speaking to other twin moms, while I was pregnant, I heard nothing but comments like “Good thing you’re so sleep deprived you don’t even remember the first year because it’s horrible” or “I really hope you have someone who can move in with you for at least a few months. It’s horrible with just 2 of you”. Very little positive commenting about the adjustment period.

Within moments of them being born I clearly remember looking at my husband and saying, “aww they aren’t so scary anymore”. With our first 2 kids it took a few days for me to really fall so deeply in love. I just had to get to know them. With the twins, it was an instantaneous bond.

Aside from a quick visit to meet their new brothers, our older 2 stayed with Grandma and Grandpa the first 24 hours after the babies were born. We didn’t sleep much that night, typical first night with newborns – everyone getting acclimated. Otherwise, things went really smoothly. The next day we went for a quick doctor’s appointment for the babies and picked up the older two. This was it. We’re a family of 6. 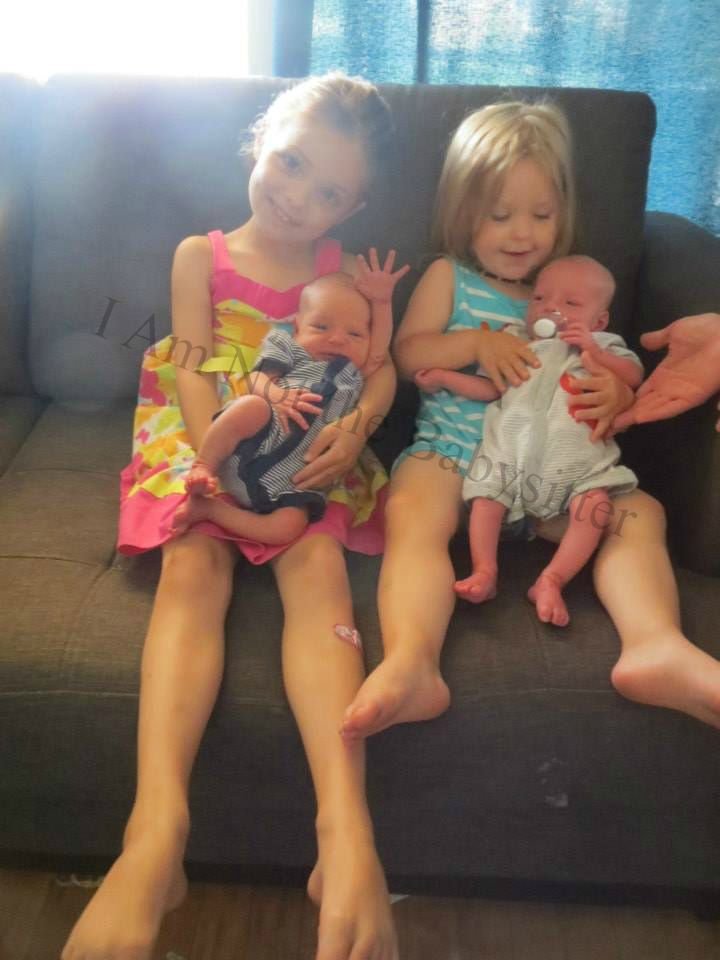 The best part, though, really has to be watching our older two with their new baby brothers. We knew our 5-year-old would be great. She’s been an amazing big sister for 2 years already, she has not stopped talking about the twins since we found out, I think she was more frustrate and anxious waiting on those last few weeks than I was. But our 2-year-old is such a mama’s boy we were nervous about how he’d react. He has impressed and surprised us. From the moment he walked into our bedroom to meet them all he wants to do is give them kisses. It’s non-stop and it’s as adorable as it sounds.

Aside from having a lot of running around with bi-daily well check appointments for the twins, the first week could not have gone any better. Of course two babies is a lot of work, they take a lot of our attention, a lot of feeding and diapering, but it’s also a lot of snuggles and kisses and sniffing that new baby smell (I forgot how intoxicating that is). 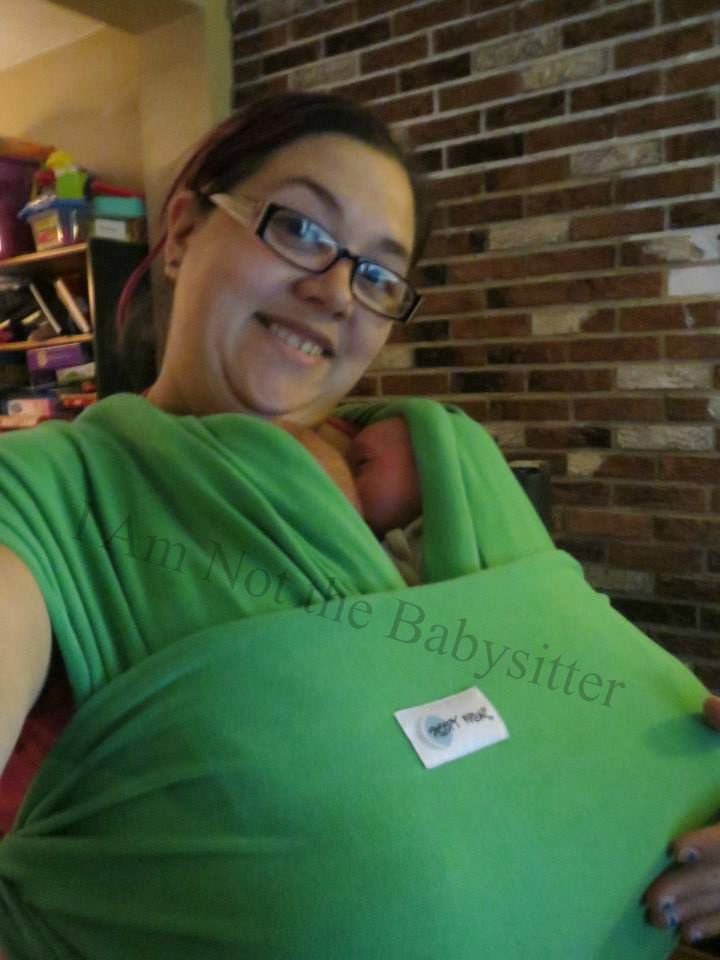 It was almost an immediate relief when the babies were out. My back stopped aching, my hips didn’t hurt anymore, all the other pregnancy related pains I had were gone within hours. For the first couple days every time I stood up I could feel my organs shifting around inside me, not quite sure what to do. It wasn’t painful but it was weird. Between my three pregnancies this was the easiest to adjust to after, physically. Within a week I had lost 30lbs, I had energy, I wasn’t sore. I had been able to clean again, cook again, get off the couch again, sleep again (yes, I sleep better now than I did the last 3 or 4 months of my pregnancy). Our house has not been this clean and organized since we moved in last fall. We’ve been enjoying the gorgeous weather in our backyard (a benefit of having summer babies this time). I even played tag with the older kids! Had you mentioned that possibility a couple weeks ago I’d have laughed at the thought of ever being able to do that again. We’ve been having picnics out there. We have gotten out for a family walk, a short one but I wrapped the twins and joined the others for a nice after dinner walk. In other words: I’m human again. 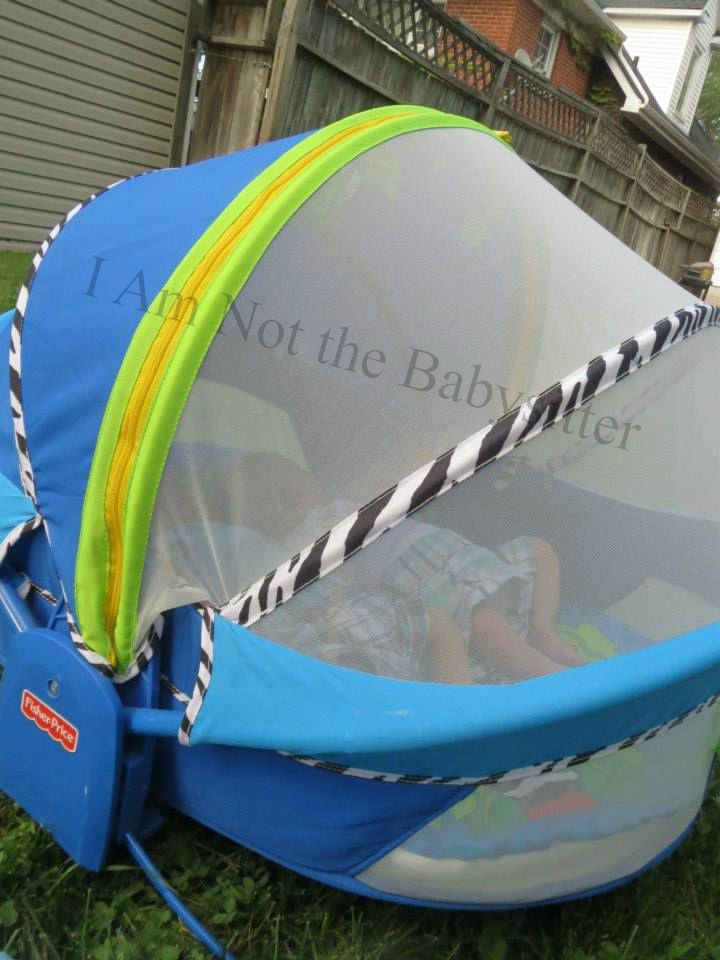 Bug netted travel basinette we have for the babies.

There really are a few advantages to twins. Like when I was snuggling one and my husband got jealous. I reminded him there’s another available.

Grandma and Grandpa don’t have to fight over who gets to hold the baby when they visit.

There’s a baby for each sibling to dote on.

Changing one baby’s diaper, hearing the other one poop and innocently letting hubby know that I just finished one so this one was his. 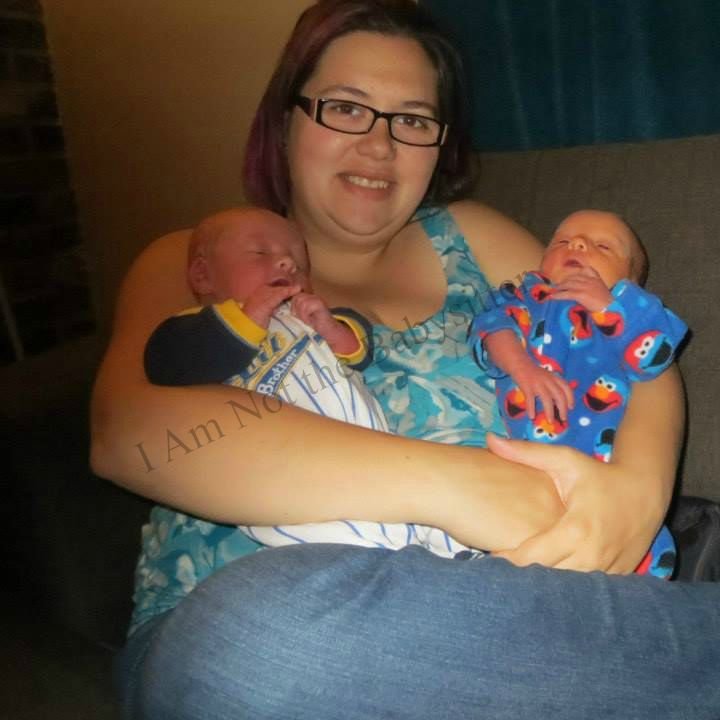 Yes, I have mixed them up once. It was only for about 5 minutes because I wasn’t the one to get them dressed and I didn’t know who was wearing what but it happened and I figure it’s just a right of passage for twin moms.

Right now, as I write this, I am watching two of the sweetest babies ever (she says with total bias) cuddle each other and have a nap next to me.

It’s not easy, no new baby is; it’s always an adjustment. But it is nowhere near as terrifying and horrible as I thought it would be, as people had prepared me for and warned me about. It’s actually amazing and wonderful and so surreal. I have two babies…TWO! Never in my wildest dreams would I have guessed I’d ever be a mother of twins, let alone loving every second of it.

Jul 24, 2015Jamie
Photographer captures gorgeous photos of a bride and her bridesmaids breastfeeding their babies together before the wedding ceremony.Dr. Dennis Gross Alpha Beta Peel Review, Does it Actually Work?