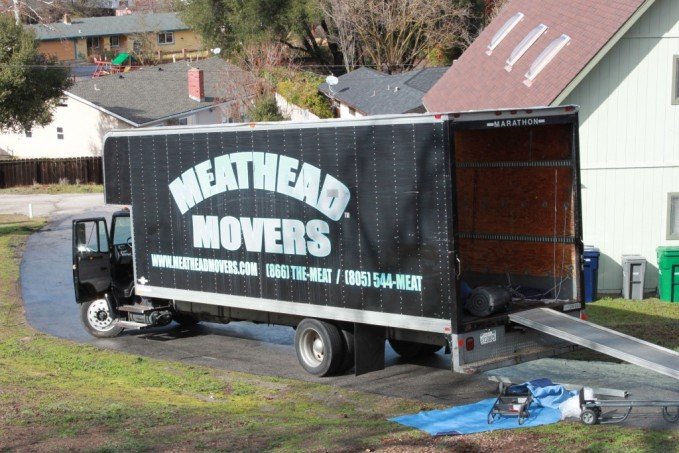 Aaron and Evan Steed founded the company in 1997, while in high school. Their fee back then was what you’d expect from 2 high school kids – $20 and a pizza. Since then they have gone a bit more legit and have created a mini-empire. They now have expanded to multiple cities and give back to kids like themselves. They hire only clean-cut, strong, local student athletes who are trying to work their way through college. They also run police checks on every employee to ensure safety of the families they serve. Throughout the years they have received the occasional call from frantic women, with little to no money, needing to get out fast. They have always rushed to the job, making it a priority, and declined the money. 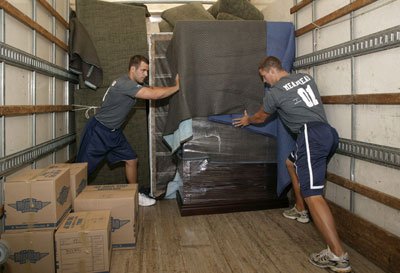 One day, in 2000, the abuser returned home while they were assisting a woman and things got heated. At this point they saw how bad it can really be for victims to try to leave and decided to officially make this part of their business. They partnered with a local woman’s shelter and now regularly give their time freely to help these domestic violence victims get out safely and start over. Since then they have expanded to 5 new cities and say that every time they open a new office, within the first week they head to the local Domestic Violence shelter and set up a partnership. The shelters say they always have an employee trained in domestic abuse on site during the move to call law enforcement in if needed. I don’t foresee many issues occurring when an abuser shows up and there are 4 or 5 of the meatheads standing there. Abusers are usually cowards, they don’t want to take on someone who will fight back.

Not only do these services help the victims of domestic abuse but they directly impact Meathead employees — consisting of predominantly young men who believe that real men don’t hit women, real men help those in need.

They are now issuing a challenge to other businesses to get creative in helping victims start their lives over.

Some of our ideas are for businesses to offer free security systems, a dog kennel service, or for an auto-mechanic to provide oil changes. All those little things would help defer costs of starting over.

They have already received pledges from hair stylists, realtors, counselors among others. It’s amazing to see what these men have inspired and how far this help will go!

Sep 13, 2015Jamie
The Beauty Of Hawaii3 Fantastic Destinations to Visit in the USA