Home > A Breastfeeding Story: It’s Not All Fun and Games At First

A Breastfeeding Story: It’s Not All Fun and Games At First 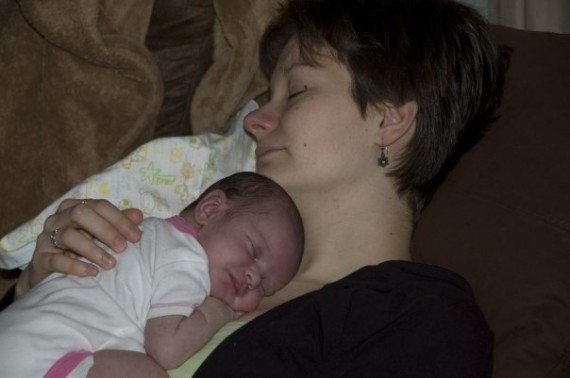 This breastfeeding story was written by Susan Semadeni:

I had all the best of intentions with my daughter’s birth. It was going to be all natural: no drugs, I was using Hypnobabies; birthing tub; delayed cord clamping; and exclusive breast-feeding: NO FORMULA.

This all got turned on its head when the doctors and nurses insisted on augmenting my labor and ultimately took me in for a cesarean.  I refused an epidural–even had that in my birth plan.  It had to be general anesthesia, which meant getting baby out as quickly as possible before she was affected. This meant cutting her umbilical cord immediately.  And because she was so PISSED when they got her out (even the OB commented on how angry she was), no one even waited for me to come out of anesthesia before feeding her (a literal consolation prize?). They whipped up a batch of formula in her first half hour and fed it to her through a “finger tube”… better than a bottle and nipple for a breastfed baby, at least.

But then she couldn’t latch on to me well, and being the middle of the night, there were no lactation consultants on duty, so a mean nurse was trying to show me what to do, different positions to try, whatever.  I was high on painkillers and exhausted from the whole ordeal of labor and surgery and a night of not sleeping well when an LC did come see me the next day, so I couldn’t really talk to her.  By the third day post-partum when they were ready to release me, I had to insist an LC come see me before I would go anywhere, because by this time my nipples were already raw and cracked and the nurses were demanding I give my daughter more and more formula because she apparently wasn’t eating enough.  This visit I was at least awake for, but as horribly sore as I was, there wasn’t much she could do for me other than offer advice and have me ask my pediatrician for some miracle nipple ointment.  (Which it is, by the way… Newman’s APNO is the BEST thing in the world and I’ve used it on way more than just nipples!)

We got home and I got engorged. And still couldn’t nurse.  Our friends drove down late at night from an hour or so away to bring us their used breast pump so I could get some relief, because the manual one my husband had rushed to the drug store for didn’t have enough horse (or hand) power to help get my breasts going like they needed to.  This electric thing did, and for the first few weeks, we alternated between bottles of different types of formula (because my daughter’s gut wasn’t reacting well to any of them), expressed milk, and freshly-tapped once my nipples had healed up a little.  For a time, I actually believed my daughter was allergic to MY milk.  Thankfully, the pediatrician assured me that was not the case and it was more likely a result of all the formula samples we’d been trying.  I found a breastfeeding support group and saw another lactation consultant, got more tips, and we were eventually exclusively breastfeeding within the first month or so.

If only that were the end of the difficulties we had, though.

After that, I chalked everything up to one of two things: she was a bad nurser and couldn’t latch well, or I wasn’t trying hard enough.  I pumped after every feeding (even at 3 a.m.) trying to empty the dregs she had left behind and stimulate another let down reflex to collect and freeze for later down the road if we wanted a night out or I was sick.  I grit my teeth and watched the clock and counted the minutes at every feeding, eagerly waiting for the moment she was no longer actively nursing and I could pop her off and switch sides for some relief.  Every. Feeding. Hurt. Every feeding sucked.  Then I realized the expensive nursing bras I was using were somehow causing me to have plugged ducts, so I ditched them and stuck to nursing tanks.  I used heat and ice for the soreness and plugged ducts, took soy lecithin to thin my milk to prevent the plugs, got a different nursing pillow, read books while I nursed to take my mind off it, anything I could think of. 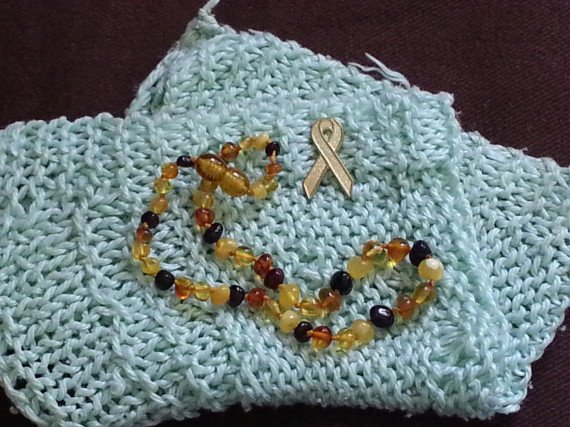 I somehow made it to six months and got my gold pin with our support group (breastmilk for six months being the “gold standard” of breastfeeding).  But we’d only gotten to midwinter by that point, and the advice in group was also that breast was best for the first two winters to help protect little ones from ear infections.  Not wanting to deal with an infant ear infection, I soldiered on.

She never took well to a bottle, even on the evenings we left her with my in-laws for a couple of hours to go have a date night.  She would drink an ounce or two of my expressed milk–whether fresh or frozen–but I would still have to nurse her to sleep as soon as we got home. Nothing would do but me.  At some point, I realized my milk was “funny”… extra lipase in my milk broke down the enzymes quicker and gave it a harmless but sortof soapy smell and flavor.  I started scalding every ounce that I pumped before I froze it, a thermometer in the pot to gauge the perfect temperature before taking it off to cool and put away.  Somehow, this never did the trick, either, and she still refused it.  I wound up with a HUGE freezer stash of frozen milk my baby wouldn’t drink, and at the time, there was nowhere local to donate it to, nor was the Eats on Feet network or anything similar so widespread at the time. I used some of it therapeutically, but most got thrown away once it was too old.  All that hard work went to waste.

Around a year, she’d dropped enough feedings that we were on more of a schedule–generally before each meal and again before her nap and bedtime for comfort. By 18 months, she’d dropped more, and the end was in sight.  My goal was that March–three more months to “freedom”.  So we dropped one feeding each month until by March, she was only nursing right before bed.  This was the one she’d clung to the most. I was always the only one who COULD put her to bed, because she had to nurse.  I was itching to get out of the house–I had found one social activity I wanted to do, but it was only ever right at bedtime.  I hung on.  I counted weeks, then days.  Somehow March became April and at last I somehow got her to bed without nursing her, right around 22 months.  She had her two winters of ear infection protection, and I had some semblance of a social life again, even just for one night a week.  For a work-at-home mom, that’s huge.

Fast-forward.  My daughter turned 4 just a few weeks ago, and shortly after her birthday, an article was posted on Facebook about the evil tongue-tie’s more elusive brother, the lip-tie.  The LC I saw had checked her for tongue-tie (though I now think she missed it or underestimated it), but few know about lip-ties now, let alone four years ago.  I quickly called her to me and rolled up her top lip.  It isn’t severe, more Grade II or III, but she definitely has one.  And some of the very first symptoms–pain when nursing, cracked/bleeding/creased nipples, plugged ducts, difficult or loose latch, constant reflux, extra-frequent nursing–we’d had almost all of them.

I cried; 26 months after weaning her, 7 months pregnant with a new baby, I cried.  I cried because it meant it WASN’T my fault.  It wasn’t HER fault. And it didn’t have to be that way with her new little brother.

Thankfully, neither the lip- nor tongue-ties have affected her speech or tooth development or anything else as often happens with children whose more severe ties go undiagnosed.  Turns out, it runs in my husband’s family.  His mother, brother, and nephew all have lip-ties.  He likely did too, except that the doctor who delivered him smooshed his face with forceps and deviated his septum in the process, so any attached frenulum was probably fixed right then.  None of them were breastfed to be able to compare those issues.  But it explains my daughter having this. And it has given me the chance to research it fully over the next few months and be prepared to have my infant’s ties revised if he has any.

Not to mention that learning about this has been so incredibly validating and empowering in a way I would not have expected.  I never had the happy breastfeeding story so many other moms do.  It was never sweet and blissful, never relaxed and casual… I had to nurse in the same chair and position every time or it was even more painful.  I had to constantly monitor the flange of her lips and her sucking reflex to see whether she was actively drinking or starting to play (and bite or gnash!).  I certainly couldn’t doze off and nap with her nursing right beside me.  And I actually dreaded having to bare my chest for her, because I knew what was coming.

So what I’d like to say to any moms out there who are struggling… why I wanted to share this story even though it ISN’T all warm and fuzzy and lighthearted and amusing–in fact exactly BECAUSE it isn’t any of that–is that if you want to nurse your baby and something isn’t right, don’t give up and think you don’t have what it takes.  But also don’t push yourself through all those torturous moments every day for months on end doing what you believe is right for your baby no matter the cost to yourself.  If your pediatrician can’t help you (which they probably can’t), see a lactation consultant. Or an ENT.  Or even a pediatric dentist.  There are options, and they can make a world of difference.