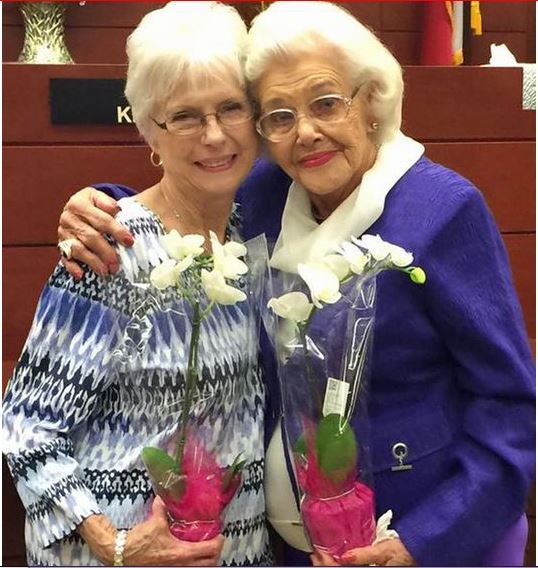 When Mary was a teen her father passed away suddenly, at 45, from a heart attack and her mom couldn’t care for her anymore. At 14, Mary needed a home and Muriel stepped up without a second thought. She wanted to adopt Mary but says that, out of respect for Mary’s mother, she couldn’t make that offer while she was alive. Mary’s mother spent most of her life in mental institutions and lived until age 73.

This year, just prior to Mother’s Day, Muriel sat Mary down and made the offer.

I said, ‘I have been thinking about adopting you, what do you think about that?’ And her little face just lit up!

Such a typical mom, even at 76 she still has a “little face”. On June 9th Judge Kim Cooks made it official in a Dallas, Tx courtroom. Both mother and daughter were overjoyed and embraced each other. Instead of the teddy bear Judge Cooks normally gives to newly adopted children she gave the women white orchids. 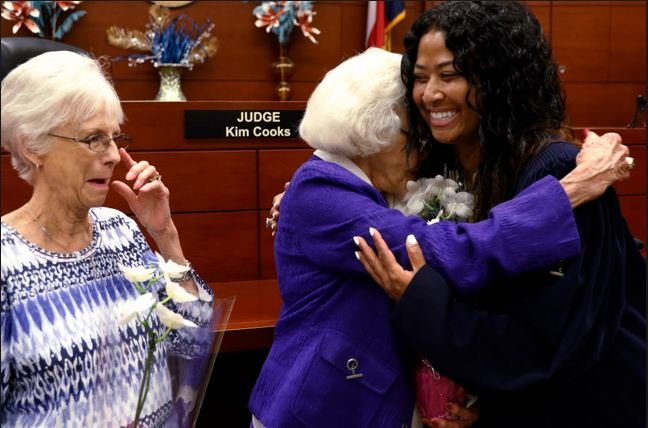 Muriel compares the situation to a jigsaw puzzle and her missing piece is finally in place.