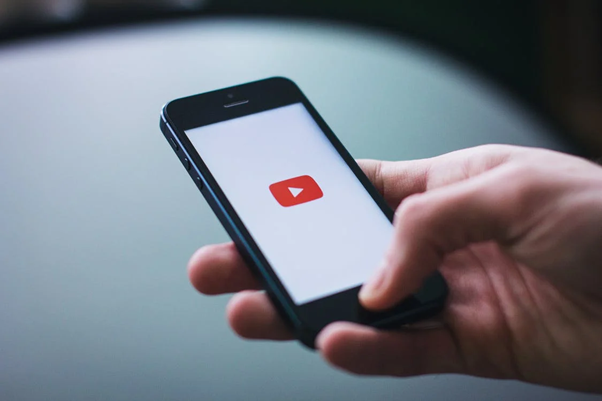 Youtube plays a significant role in people’s lives by providing tutorials, product reviews, entertainment, demos, and even free education. Everything that you could possibly want is on YouTube! After all, it is the largest streaming platform and the second largest search engine next to Google. This goes to show just how much YouTube matters in this digital revolution. Thankfully, you can use an online video editor to join the bandwagon. So go ahead and check this out!

Today, many people have signed up to enjoy YouTube. Many have subscribed to their favorite channels to get instant notifications with new video uploads. However, beyond knowing that this platform provides free access, many people just don’t know many facts about how influential it has grown. Below you will find some interesting facts about this massive platform that has impacted culture and society. Let’s get started!

The three founders Chad Hurley, Steve Chen, and Jawed Karim, all worked previously for PayPal. Part of YouTube’s seed money to get things rolling came from PayPal bonuses that they received. However, the biggest chunk of the money came from eBay’s buyout of PayPal. So instead of splurging this extra money on wants, the three financially savvy guys infused it into their business idea. Later on, the YouTube site took off and became one of the most profitable platforms.

2.   Founded on Heart’s Day and Meant to Be a Dating Site

The founders bought the YouTube.com domain name on Valentine’s Day in 2005. In fact, it was first meant to be a dating site. The idea back then was people would:

However, the founders discovered that people didn’t really want to upload personal videos for a dating website. It felt too personal, and many felt shy doing it. Besides, there were no online video editor apps then to tweak video content. Thus, they had to scrap the original plan and pivot to a different focus.

A mere 18 months after it launched, the largest search engine Google bought YouTube for 1.65 billion USD in October 2006. At that time, this amount was still considered a big amount. This proves that the world is primed for videos even in the mid-2000s. Even back then, everyone looked forward to streaming to be a part of their daily lives. For this reason, you should utilize your online video editorto create your own content and make your mark on YouTube. If you can’t beat them, you might as well join them!

4.   The Platform Is Larger Than Bing and Yahoo

Today, many people actually hold a debate whether YouTube serves as a search engine or social media platform. After all, most people use the Youtube search bar to find content that they want. ABut, at the same time, everything on the platform comes from user-generated content. Thus, it works similar to FB and IG.

That being said, YouTube still works as the second most popular search engine next to Google, its mother company. The platform also has considerable reach, making it an effective social networking tool. For this reason, you should start creating content for your business with an online video editor. This expands your brand’s reach and assures great SEO standing.

Today, you will find about 98 different versions of YouTube around the world. And this number is still increasing! In fact, as early as 2007, the founders started rolling out local versions of YouTube. Why? So people residing in different locations can enjoy geo-targeted features and recommendations. At the same time, people can readily use their online video editor to make local content in a specific language to reach the right audiences. The first ten countries the got their own local YouTube are the following:

The platform’s mission involves getting into every home on the planet. However, the founders find that achieving these objectives is not always smooth sailing. Sadly, restrictive governments pick on YouTube and shut down the site to prevent political dissent. Today, around 25 countries have blocked access to the platform. One of the counties that lead the pack is China. Even Germany, which many tout as a more liberal country, often bans content, especially those that show sympathy for Nazis.

7.   People Can find an Astounding 57K Years of Content Here

Even the average Joe today can create video content thanks to an online video editor. Now, you don’t need to be a professional filmmaker to produce and distribute video content. YouTube makes that easy to do. As a result, you’ve got at least 57,000 years’ worth of videos uploaded to the site. No one can ever manage to watch all the content that’s out there.

A lot has been written about people possessing reduced attention spans. Well, YouTube data proves this true as 20% of subscribers cut off the content within the first 10 seconds. As a content creator, you have to be mindful of this fact to ensure your audience watches from start to finish. Thus, you must do your best effort to impress your audience within the first 10 seconds. Otherwise, they will move on without a second thought.

In August 2007, YouTube introduced advertising. This tidbit is not surprising as ad revenues came a mere seven months after Google acquired the company. Remember, Google holds the record of being the largest ad company in the world. These ads keep the company alive so people can continue to share and watch videos. The platform earns around $13 billion in ad revenues per year. Marketers support YouTube because it displays ads that are relevant to viewers. They do so by keeping track of the following:

Right now, people watch an astronomical 5 billion hours of YouTube video per day. This goes to show how deeply ingrained this platform is in everyday life. Hence, as a business owner, you have to prioritize releasing video content or get crushed by your competition.

Sep 3, 2020Rex
Why you Should Consider an E-BikeTHE BENEFITS OF EXTRA-CURRICULAR ACTIVITIES FOR CHILDREN