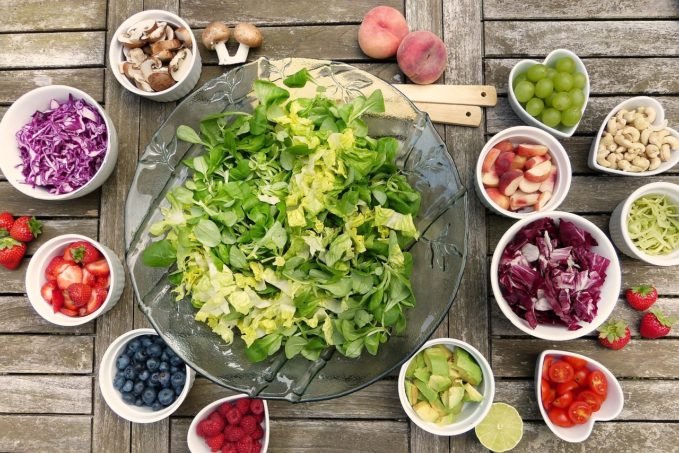 You might have considered going vegetarian before, or maybe even going vegan. For those who aren’t sure about the difference, vegan means that you don’t consume any animal products. By contrast, some vegetarians eat things like butter, milk, or cheese, that are animal-produced.

There is no question that going vegan has some significant benefits that are well worth considering.

Let’s go over some of the more prominent ones.

Some people concern themselves with there not being vegan substitutes for some of their favorite foods. Alternatives often exist, though, if you get a little creative about it.

More importantly, if you go vegan, it’s likely that you’ll suffer less arthritis pain. Individuals with arthritis pain who went on a vegan diet reported showed improvement in the areas of:

This was not the case with others who continued with an omnivorous diet. The ones who went on the vegan diet also reported higher energy levels.

Arthritis is something that many older individuals experience. Something as simple as going vegan might be the key to a better life as you’re nearing retirement age.

Doctors also feel that those who go vegan have less chance of contracting heart disease. If you opt for the vegan lifestyle, then that usually means consuming a significant amount of:

These are foods that mean less of a chance of high blood pressure development, and you’ll have less of a risk of contracting heart disease. Vegan diets can also reduce blood sugar levels, which means less chance of diabetes. If you have genetic indicators that make any of these conditions likely, then going vegan is a smart move.

Cancer is something that medical science has yet to cure, though research is ongoing. The World Health Organization feels that you can reduce your cancer risk through your actions, such as monitoring your diet.

Eating legumes, part of a vegan diet, lessens your chances of colorectal cancer. Eating vegetables and fresh fruits every day means less cancer risk. Many vegans also eat the different soy products that exist, and that lessens the chances of breast cancer.

Also, ingesting animal products makes it more likely that you will develop colon or prostate cancer. Limiting or eliminating your consumption of processed or smoked meat means less risk of contracting cancer as you grow older.

Going Vegan Can Help with Your Kidney Function

Impaired kidney function is something that happens with many older individuals, especially if they eat a lot of meat. If you substitute plant protein for meat, then you have less chance of poor kidney function. A vegan diet also lessens the risk of systemic distal polyneuropathy symptoms, which can be extremely painful.

On top of all that, a vegan diet means much less chance of developing type 2 diabetes, according to trusted entities like the American Heart Association and the American Diabetes Association.

You Can Lose Excess Weight

Going vegan to lose weight is something that a lot of people do, and they see good results much of the time. Plant-based diets lead to slimmer individuals with lower body mass indexes than others who eat animal-based products.

Some people try to lose weight with calorie-restrictive diets. This can have some success, but others who went vegan were able to lose more weight faster. This suggests that weight control is less about how much you eat, and more about what you choose to put into your body.

This means that you don’t have to worry about portion control as much when you go vegan. Along with exercise, you’ll be able to drop more pounds than if you elect to keep eating the same animal-based foods in smaller amounts.

Vegan Diets are Rich in Nutrients

One final reason to think about going vegan is that vegan diets are rich in several vitamins that you need to thrive. Vegans eat lots of seeds, nuts, peas, whole grains, fruits, vegetables, and beans. That means a diet rich in folate, potassium, magnesium, and vitamins A, C, and E.

However, keep in mind that if you go vegan, you still need to make sure that you’re getting plenty of iron, calcium, zinc, fatty acids, and vitamin B12. Fortified foods are one way to make sure you’re getting all your nutrients, while you can also take vitamin supplements every morning.

May 25, 2018Rex
The significance of family lawyers in your court case5 Benefits of Having A Pool