Home > 5 Things Every Girl Who Dates An Asshole Should Understand

5 Things Every Girl Who Dates An Asshole Should Understand 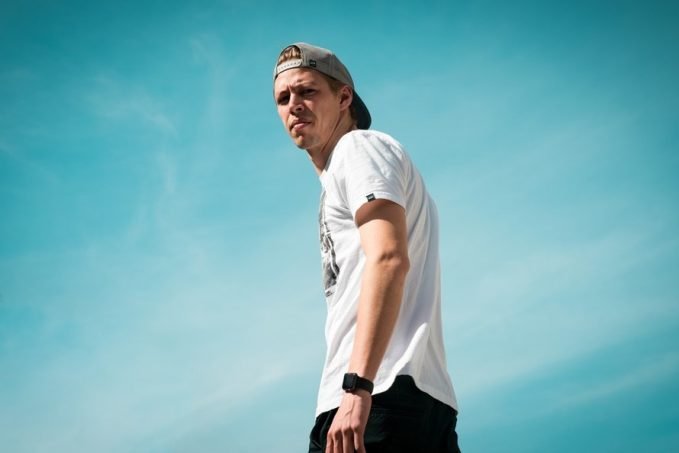 We’ve all heard stories about an arrogant, self-centered man breaking a woman’s heart.  He seems perfect in the beginning but over time things get complicated, his schedule becomes vague and his whereabouts mysterious, he becomes withdrawn, an emotional roller coaster.  In conversation this type of male has earned the whimsical appellation  “asshole…”

Even though most women say they hate them, the truth is we can’t seem to get enough of them.  No woman wants to admit that she prefers the charm of assholes openly.  That would be irrational and potentially insulting to more sensitive males.  But let’s face the facts:  assholes are all around us and there’s a reason why we continue to fall for their particular charms.

If you re-examine your dating history, you might discover that you’ve had your fair share of good-looking, emotionally dangerous men, who ended up playing you.  This isn’t anything exceptional.  Assholes know how to charm and maintain thrilling suspense, both positive and negative, throughout a relationship.  Still, though most of us know sooner or later that we’ll get hurt and our hearts will break, we continue to fall into the arms of assholes like flies to—well—you know what…

Irrational behavior is part of the love game and it’s normal to experience ups and downs in your emotional life.  These experiences teach valuable life lessons.  But if being with someone becomes a source of pain instead of joy, maybe it’s time for you to re-evaluate your relationship.

Interacting with him is like a thrill ride and who doesn’t like a challenge?  But that’s not what will make you happy long-term.  When you’re with someone your brain produces feelings of euphoria similar to people under the influence of drugs.  That’s why with him everything feels perfect and the external world melts away.  That is until he stops calling and ignores you or says whatever awful things assholes say when they reveal their true selves.  It’s sadly addictive and will make your long-term happiness an impossibility.

When an asshole is finished with one woman it isn’t long before another takes her place.  In the age of fast dating apps and texting with strangers meeting a new person is easier than ever before. Not only for him, but also for you! Use that opportunity. Don’t live in fear of being replaced.  Is someone that creates that kind of anxiety really worth your time?  Think about someone who knows who they are, who’s caring and is excited to have you in their life.

If he looks and behave like a person who has already approached hundreds attractive women, he probably did. Don’t lie to yourself that it’s a unique situation if your intuition is telling you something else.

Let’s be honest, both men and women are attracted to people who look good and have certain appealing qualities, such as self-confidence and drive, assertiveness and well-developed social skills.  Some men just seem to have it all in one package– they’re tall with handsome faces, smart, and have a natural talent for conquering hearts.

Assholes use their natural sex appeal to their advantage and are spoiled by other people.  All the characteristics you find so appealing like looks, influence, drive and independence can turn against a woman quickly.  Remember it’s your choice whom you interact with but if you play with a tiger you might get bitten…

Who knows what or who is behind his asshole ways?  Does it really matter?  Whether he was cheated on or abandoned or whatever else, the truth is he likely has control issues and doesn’t want to become “vulnerable.”

Just because he’s complicated (it’s surprising how often we ladies find this attractive!) doesn’t mean he can get away with treating you like crap.  If he’s a true asshole he probably won’t care what you or others think anyway, but listen to him and see if you can uncover the true emotions behind his inflated ego.

Women are players too and often want to take on a “bad boy” to see if they can change him.  No, he won’t, trust me. Dating someone in order to seeing him changing for you just doesn’t make any sense.

We see a strong independent man and for whatever reason want to mold him into a man who falls madly in love and would do anything for us.  The relationship exists more for the challenge than the substance, when we want something we can’t have.

If you play this game, you’re bound to lose.  Of course even bad guys fall in love eventually but who knows how long you could be stuck waiting for him to change his roaming ways.  Do you really want to hang around just to see if the chemistry is better than what you’d have dating a “nice guy”?

Even if you think that he’s the greatest thing to ever happen to you, there’s a huge chance that you’re wrong…  How many times have you thought that a guy is amazing or the one or etc., only to not be able to stand 5 minutes of his presence just a short while after being together?  Just remind yourself watching your girlfriends’ initial excitement over their boyfriends and how, after a few weeks, they just seemed like average guys.

Maybe all the qualities you see in him don’t exist… If you date an asshole there are many strong emotions involved that may distort your perception, making him appear super macho to you when he’s really just a regular guy.  Don’t make excuses or overestimate him for your own sake.  You have better things to do than be played.

Someone once told me that sometimes a heart must be broken many times to finally open up.  Maybe this pertains to your situation.  Maybe in a way you need this experience with this asshole to learn something about yourself.  Or maybe just to have fun.  After a while you’ll have to take a look at what you really want.  You won’t know what love you can have until you’ve made a space for the right one, the one who will treat you as well as you deserve.

Sarah Williams Sarah Williams is a 29-year-old dating blogger. Her mission is to help people to date better and find true love, so they don’t fall into the same traps that she did. You can connect with Sarah on her dating blog for men – Wingman Magazine.